I felt the need to share this chapter from my book,”Exhilarated Life: Happiness Ever After”. Events are interchangeable, as the chapter indicates, when the reckless steps of world powers continue to march in the wrong direction. It seems timely. Only we can change things – one by one.

And so the king was granted his wish and whatever he touched turned
to gold. He ran through the palace with joyful purpose—touching
this and presto! Touching that and bingo bongo! Into the garden he
raced and reached for a rose. Shazaam! The most exquisite gilded
beauty…and then he put it to his nose. Oh. No scent. Too bad. So
sad. Oh well.

Seeing his beloved daughter in the garden by the fountain, he reached
out to kiss the soft blonde curls on her forehead. And lo! There before
him a fearsome monument to his own avarice. Forever. No undoing it.
No changing his mind. No rethinking the consequences. Once and
for all time his daughter was lost to him. Her beauty, her innocence,
her laughter, her love, her warmth, her glow, her breath—her life.

Would that she died and could have been buried, the king might
have grieved her as lost through a nasty accident; a trick of fate. But
no. She was to remain ever before his eyes. Still. Golden. Not dead,
but not alive. How terrible to live with the consequence of one’s
aberrant choice. Too late to correct or repair—time only for remorse,
regret, recrimination. A lifetime of hell.

And what is it to know that we have created our own hell? To know
that our actions have not just killed, but have maimed, suffocated,
spoiled and decimated all that is beautiful and life giving? And what
is an aberrant choice? It is a choice that is anti life. It is a choice
that is ignorant of the fact that the balance of life rests on a bee or
a pelican—a krill. It is a choice that, to paraphrase Oscar Wilde, is
based on the price of everything, but the value of nothing. 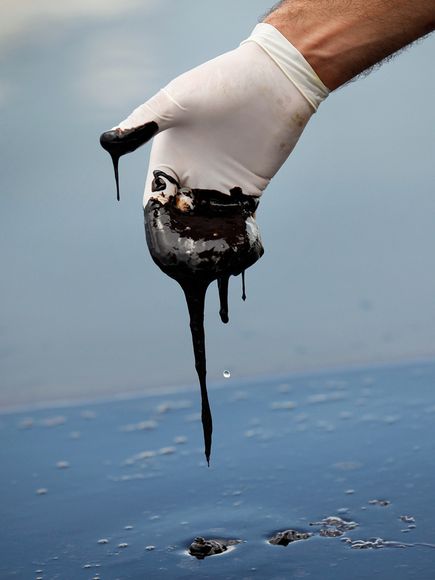 As a culture, we have become inured to the suffering around us.
World Vision competes with Save the Children and we use our media
technology to suffer the little children into our living rooms. Their
teary, infected eyes crusted with flies laying eggs. Picking food from
the dust. A tiny child caring for a tinier child, orphaned by war or
AIDS or some such man-made disaster. The tragedy. The Pathos.
We choke up—after all, we have kids—we’re not the monsters, and
we get out our credit card.

We mutter about the “brown” neighborhoods and are slightly
distrusting of the communities that grow around the mosque. We are
we and they are they and they don’t understand “our” sophisticated
society and choose not to blend. And if they are so different, can the
terrorist “blood” not be pulsing through some veins? Do we pause
to think why they might be here? Is it just to take advantage of our
luxe—cash-rich culture, to rip off our government benefits?

Or might more of the cases be that they desired peace and sanctuary
from a home country that is itself gripped in terror? A country where
each child has a story of someone he knew and loved who was blasted
off the planet before his eyes. Where the noise of nighttime traffic
is missiles and tanks. Where the remote doesn’t ever turn off the
violence. Talk about degrees of separation. How far are you away from
someone with no arms from a mine? Is there a whole generation of
your family born with AIDS? Do you wonder if the water you sip for
daily survival is teeming with cholera?

And now, “they”—big businesses, corporate (name your country)—
have drilled a hole into the face of this earth—our very mother of
nurturance and survival—and released a grim, black tide. Deepwater
Horizon. What is that? A title? Will there be Deepwater Horizon II,
the sequel? If we name it something pretty or exotic or grand will
it be less terrible—more media-friendly, more culturally digestible?
The image of the ‘fondue’ pelican has circled the planet at lightening
speed – shocking and saddening us. There on the Internet. There on
the TV. Those bastards! But wait.

Do you drive a car? Buy imported coffee? How do your heat/aircondition
your home? I think nothing of hopping into my car and
driving twenty miles at 110 clicks into “the big smoke” for a hair
appointment. Then do it again tomorrow for a lunch meeting. I love
Starbucks. I buy imported organic coffee at my local store here in
King City. I have no idea how far it traveled to get here. I monitor the
temperature in my home—but, hey—who wants to sweat at night? I
thought of putting solar panels on my roof to heat the pool, but never
quite got round to it. So…who is to blame?

It is no one and everyone. If our hungry maw of consumption
squawked for alternate forms of energy, there would be no market
for oil. Period. And the “bastards” would scramble for another way of
making money that just might be a bit more conscious (because we
would demand by our purchasing power that it would be so).

If we stopped for moment and turned down the volume of Cribs
or Lifestyles of the Rich and Famous, we might, as a culture, begin
to see that money does not equate superiority. Power, perhaps, but
only if we give it over freely. Do the rich give us something we
want? Sensationalism in entertainment? Genetically modified,
neatly packaged, convenient microwavable food? Cars—sex or status
magnets—that change with the season? A McMansion with Scarlett
O’Hara staircase cheek by jowl in the community, that just a short
while ago was a field that produced crops? Or is it oil we crave?

Who are the avaricious power mongering unconscious rich, and how
did they get that way? In my mind, rich is to wealth what glamor is to
beauty. One is of the world and the other of the soul. One distracts us
and the other nourishes us. There is nothing wrong or negative about money.
We should all have plenty. Money will feed the world—every one.
Money will clean the water—every drop. Money will provide nourishing,
untainted food for vitality and health. Money will support art and music and loveliness.
Money is a medium of exchange. A very powerful one. But in and of itself,
it is nothing but paper and metal.

Even gold—being hoarded by some and driving the price to astronomical heights—
is of no value at all if it cannot be exchanged for clean water…because there is none.
What good is a handful of gold if there is no bread because “we” have genetically
modified our fields to their very death? What good is gold if a father can’t kiss the
tender rosebud lips of his child?

There is a price for everything. We live in a universe of balance. If that side goes up,
this side will go down. Ipso facto. What is it you really, really want and are you willing
to pay the price? Have you stopped to think what the price might actually be in the long run?
For all of time there have been tales of deals with the devil. And who is the devil but the
one who gives us exactly what we wished for?

I don’t believe in intrinsic good or evil. Those values are merely opposite sides to
the same coin. The yin and yang of perfect balance. The universal law. I do, however,
believe that in our collective unconsciousness we as a cohesive interdependent mass of
humanity have made a series of unfortunate choices that have put the planet in a precarious state.

Think about that and create this day by the Golden Rule.

Have a look inside the book!