Home/Consciousness/The Light that Shines from Greece.
Previous Next

Holding the light in the eye of the storm.

These past weeks have been an illustration in holding the light when there is great fear and anxiety swirling around you. There is no greater or lesser magnitude of light over darkness. We may have been experiencing global politics and economics of the country where we live, but each one of us has situations and circumstances that challenge us on a personal level as well. Riding the turbulence becomes a way of life so that no matter what occurs, you can respond to matters appropriately. And what is appropriate? I will offer the words of St. Francis,

These are powerful words that take us beyond fear and anxiety to know that there are times when we can affect change and times when we cannot. Once we accept that we cannot, we are free to respond to what is truly important in our every moment. And that to me is the expression of love. And love in action is an instrument of change of an unimagined magnitude. 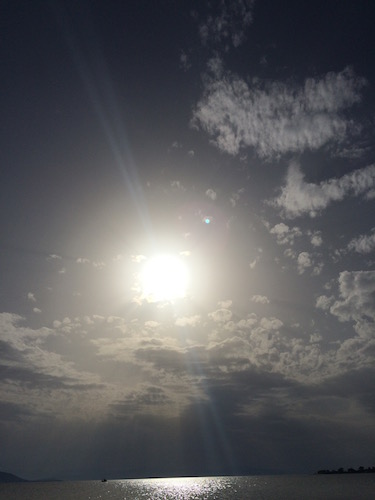 There are a great many dramas entwined and it appears the world is watching with the slow dawning that while we think we live in a democratic society, we do not. Might is right and propaganda generated by those in control is skewed to support whatever agenda preserves the power center. When the banks closed the day when the referendum was announced and capital controls were placed on ATM withdrawals it was evidence of the power of technology to turn off supply in an instant.

When the banks remained closed and families with children and elders in their care could only take out €60 a day there came the grim reality that people could not pay their rent or feed themselves without help. Businesses, similarly curtailed financially, ground, in some cases, to a halt. Greek Tourism dwindled in the two busiest months in the Greek economy. Dominos falling. No cash or credit cards meant Greek nationals were stranded outside of the country without cash or the fare to get to an airport. Now six weeks later, capital controls are still on and no money can come in or go out of Greece through banking channels. This seems decidedly punitive. One must ask, what is this about?

As a North American I became acutely aware of how protected we are in a ‘strong’ country. I also realized how incredibly vulnerable we are if we consider our dependence on other essentials like food and water that might similarly be used as coercive techniques if the situation called for capitulation. It certainly happens during wartime. We are not at war, but we in Greece are decidedly under siege. It’s happening all over the place. And as Syrian refugees continue to literally wash up on island shores, I realize how closely related we all are in that vulnerability.

I would never have considered myself politically inclined, but to be witness on the inside is an awakening experience. And now awakened I can never again be asleep. This agenda is not directed at Greece alone although it is now in the global spotlight. It is impacting every global citizen, our animals, our air, our water, our food and our land. These are the resources on which we thrive. When these are despoiled for profit, we have indeed lost our collective compass of what sustains life and makes it worth living.

Before you think I am fostering more fear and anxiety, I will tell you what power and control cannot despoil and that is your heart and your ability to love and to act out of love. Your thoughts are yours alone and your imprint as a human being from before your birth is inviolable. The more in alignment we as individuals are with the divine design for our life, the more power we have to affect change in our own lives which emanates out into the world. It is our nature to love and to be loved. It is our nature to love our planet.

Coming into awareness and consciousness is to understand that damaged people do damaging things often unconsciously or with the authority of a collective agreement of the denial of the divine nature of all systems of life on Earth. This seems to be what is playing out with global politics and economics controlled by the banking system and what is now referred to as the corporatacracy. This is a group of seemingly untouchable corporations that have become so powerful and deeply embedded in countries throughout the world that they act beyond any mitigating regulations that might be imposed by governments or nations.

But are they completely untouchable? There is a greater reality than what we witness as the folly of men or the bullying aggression and power over a systematically depleted country, economically and psychologically, such as Greece. And it was demonstrated this past month with the outrage of the killing for sport of Cecil the lion. 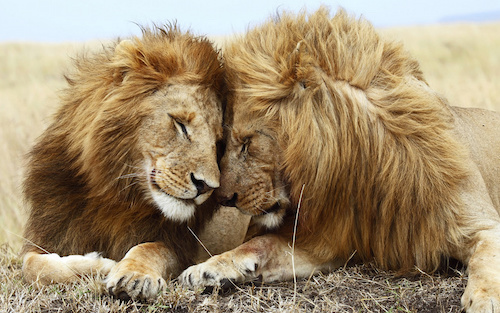 Cecil, like Greece, is the sacrificial lamb, if I may use the simile, in exposing all that is wrong in the world in terms of overruling our innate human desire for peace and beauty and loving reverence for life itself. Humanity is a long way from Eden in its projection of separation and dominance and despoiling of the Earth and the global cultures. These events are wake-up calls for those of us who felt powerless. Our individual acts of consciousness become like the stone in David’s sling. It doesn’t take a lot to fell a giant if we aim correctly. And we aim correctly when we act out of love and the desire to fulfill our greatest human potential.

The response in banned hunting and banned transportation of ‘trophy’ animals was immediate. It was immediate because it brought shame where shame indeed rested. It brought awareness that the collective will of individuals on a simple petition – one name and two names and thousands of names is mightier, swifter and more efficient than guns and bombs. However, the most impact was through the threat of commerce lost if the companies in question ignored the will of the people. Money rules this world and when we understand that we can exert far more power than we realize in our every buying action. 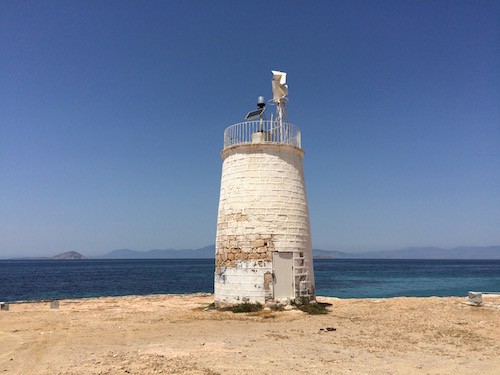 What will happen in Greece remains to be played out. But those who have seen that what is happening here and elsewhere cannot be sustained and that human beings are being used as pawns of influence to make a government bow to the will of those in financial power cannot un-see. The truth is there even though the media distorts it unmercifully. The truth is being repeated through social media, blogs and conscious purveyors of information. It will build momentum until the global consciousness shifts.

We have witnessed a great crack in the contrived reality we are fed. The light is shining through and here in Greece where individual freedom was first conceived may just be the place to foster it once again.

Me agapi (with love),