Home/Lifestyle/The Edit and I: Catharsis and Self-Love
Previous Next

A funny thing happened on the way to publisher…

Reflections on the process of preparing my book “Exhilarated Life – Happiness ever After”. 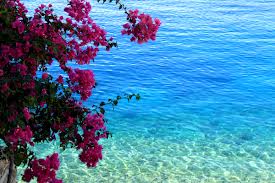 It was all about the edit.  Not for reasons that I resisted publishing for decades.  No, it wasn’t for fear of having my child of creation cruelly bludgeoned by a red pencil.  Although, it was this specter which long kept me from sending my works into the awful maw of the publishing machine.

Every writer is usually a voracious reader and I know I for one appreciate a well-dressed work. I know how hard it is to write, and I know we start rough and refine and polish and polish and refine – but our eye is not the one that can give the most objective review. And there are other things to consider.

So to prepare my submission for the publisher I hired an editor.  The publisher will edit again, but I wanted to make the best first impression (the only first I’ve got) so I braced myself for the critical process.  I wanted a squeaky clean document, and I also wanted a good objective viewpoint.  I chose my editor after a great deal of research and reading all the reviews of each candidate. I found Bryony Sutherland who lives in the UK  (how I love this global village),  an author herself.  I chose her among many very qualified editors because one of her reviews indicated that she worked with sensitivity and insight.  And I needed that – along with a no nonsense approach.

My book is a collection of stories – a chronicle of real stories of finding and sustaining happiness.  The tricky part was that by way of credentials, if you will, I needed to include some rather ‘ouchy’ personal stuff.  But how much to include without tipping the point of the book from resolution to exposé.  I am no whiner and I am the first to say that suffering is overrated, and anyway,  all suffering is a path to self-actualization if we let it.

For example I had trouble with ‘she hung herself’ rather than my gentrified ‘she took her own life’.  I felt the seismic shock of that moment all over again, and while I needed to include it, how blunt must it be?  What I thought was going to be a quick process, after all the book was complete, became a lengthy catharsis swinging between times of complete disassociation, times of labored rewrite and abject uncertainty.

Weeks later, the publisher emailed – ‘Is everything all right?’ I wrote Bryony and told her to stand by; that I was rewriting the whole Afterword.  And then she said the most beautiful words to me.  “My role is to be your buffer.”  She counselled that once thoughts are out, friends and strangers would judge my words and for that reason a writer has to be absolutely certain that he or she is prepared for the effect of their thoughts. Words are powerful and reverberate.

Bryony also went on to say that she could advise me how to either sensationalize the work to appeal to a wider audience or tone down those parts that are too raw.  I was startled by the intense vulnerability I felt.  I felt like I was poking a small stick at a pit of snakes. Around the same time I listened to Elizabeth Gilbert on a recent TED Talk and she commented about the people that hated her book, “Eat, Pray, Love”. Holy Smoke!

My subject is about self-actualization and self-love. I am there but I had to go through flames to get there. I don’t want my book to be about the fire, but about the burnishing.  Fact is, though, they are one and the same. But being about love and the understanding that we are happiest when we choose what we give energy to, I will take the gentle approach. When it comes to the soul, circumstance is never about what it seems to be about. It is how we use it to light the way to our own heart.

Bryony’s other sage comment is that a writer (and I’m sure this applies equally to fiction which is about ourselves in various forms) experiences catharsis either during the writing or during the edit. As writers, it is our working through the uncomfortable parts of life that is the gift to the reader.  Much of writing is in stillness and silence. I just wish I could write my way out of this. Or maybe I just did.