Fear and the Rubber Tire Theory

Fear and the Rubber Tire Theory

Are you afraid of fear?

Yesterday was sunny with a cool breeze blowing up from the emerald and turquoise sea and cycling around our shoulders as we sat at the small taverna table.  As the dishes were delivered, including the soon to be famous ancient Hellenic recipe for shrimp in honey, scavenging cats of various colors and stripes wound around table legs and our legs, fur startling and a bit annoying.

Our friend chuckled and told a story about coming out of the front door of her guesthouse to the vision of a cat racing past her like lightning.  Its face, she said, was the very picture of terror.  Ears pinned back, eyes like saucers and a mouth stretched in a frantic want-to-be smile.  The poor tormented animal had caught its back leg through the handle of a plastic shopping bag, which was filled with air from the speed.  The faster the cat ran around the house the noisier the ballooned bag bounced in a close chase. 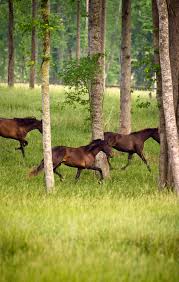 We were laughing so hard at this image when it triggered (no pun intended) a similar incident I had involving three horses. It happened fifteen years ago when we lived on a farm with a long elegant drive.  On the left was a small fenced horse paddock and stable.  On the right, a lovely sweeping green lawn and a huge elegant weeping willow tree.  We thought it was a shame that the horses couldn’t enjoy that rich grass, but how to manage that without them wandering off?  My husband, George had read somewhere that if you tether the horse’s bridle to a rubber tire, they will peacefully graze and pull the tire along as the mowed the lawn.

It was a picture of tranquility when we drove off to do errands in town.  However as we would discover on our return to no horses in sight anywhere, the tire only works if nothing happens to spook the horses.  Clearly something had and as we pieced it together from accounts by startled neighbors we pictured three horses clattering down the middle of a country road with tires bouncing behind them.  Horses trying to outrun malevolent tires with the result that the faster they went in fear, the higher and louder the tires bounced.

It was only hysterically funny much later, after we had recovered our horses in a copse of hardwood back behind a bewildered neighbor’s house. We had followed the trail of deep divots thrown up in the soft ground of someone else’s groomed yard and picked up bits of the lead line and found a jettisoned tire.  And there, amidst the maples, calm now, were three horses wondering what the hell had just happened. We gratefully counted three times four unbroken legs and checked for cuts from crashing through trees.  It was a moment when you wished you didn’t speak English and was unable to communicate the cause of such a ridiculous event.

Both these stories are pretty funny in the retelling, but the protagonists are simple beasts tormented by unspeakable fear.  I don’t think my fear is funny at all when I am running hell bent for cover only to discover the faster I try to out run it the closer it gets until I am panting and frantic.  The thing is in both these stories, had the animal stopped, the cause of fear would show its true nature.  And just like animals are driven by survival instinct and startle easily, so are we.  Our primal brain, hardwired for survival makes sure we jump whenever anything goes bump.

According to the research on evolutionary psychology, in particular, modular brain studies, it is found that our automatic responses are roughly defined by seven survival instincts.  These are self-protection, mate attraction, mate retention, affiliation and alliances, kin care, status and disease avoidance.  These are drives that support the progenity of our family – assuring our genes get into the next generation.  This isn’t exactly how we now look at our cultural evolution, but it is the underpinning of our behaviors.

Studies by researchers, indicate that as random thoughts bubble up from the subconscious a module will be triggered and the thought will be filtered through that context.  The more times results in our experience support the module, the more dominant it becomes.  This is all happening before we are conscious of our thoughts or the meaning or stimulus.  Cosmides and Toomy go so far as to suggest there is no one actually in charge.

Furthermore, they discovered that thoughts surface randomly and because they are in our minds, we categorize them as real according to the modules and in some way make sense out of things that have no rational meaning.  In other words, we own every thought in our minds when in fact many are not worthy of our time or attention.  But they drive us and motivate us just the same.  And if we do not stop and examine some of them, well, we begin reacting to life according to the override of the primal brain and wonder why we are so stressed in a world that is no longer based on just these survival drives.

Byron Katy offers a brilliant antidote to this dilemma.  She poses four questions to any statement that arises and perplexes you.  They are:

Can you absolutely know that it’s true? (Yes or no.)

How do you react, what happens, when you believe that thought?

Who would you be without the thought?

Turning quickly on any thought of fear, anger, shame, remorse or any of those emotions that prevent us from moving toward our own happiness and asking it to explain itself will surprise you.  Sometimes it’s nothing but an old rubber tire tethered to your self-esteem.

This is not to say that there were not events in our life that set these patterns in action.  Hurt people hurt others and many act in unconscious self-interest.  What Katy tells us is that if we have our hand near fire, no one has to tell us to move it.  If we are experiencing unpleasant emotions, we have choices.  If there is a ‘yes’ to the question, then we choose how we react and whether we desire to perpetuate the continued experience of that negative emotion caused by a person or a situation.  We are not responsible for the actions and emotions of others.

The emotional residue of negative experiences lodges itself in our bodies and minds and plays havoc when similar experiences occur.  In a way we become attracted to the familiar rather than familiar with what is attractive.  And that, in my mind, is happiness.  When you are happy everything else is in alignment. (oh boy) 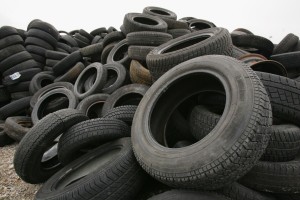 Into the distant past.

Once you begin to challenge your own responses to life, consciously, hopefully you can look back and feel an amused compassion for your former self that was just afraid of tires.